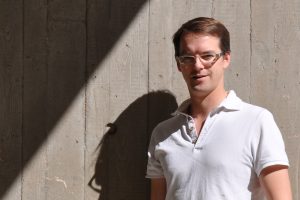 Deane was an active student leader at UCLA’s School of Architecture and Urban Design, winning the Alpha Rho Chi Medal at graduation. His work, and that of his classmates, can be found in their self-published book, KoreaTown Now!, a compilation of datascapes made during a quarter-long investigation of the Los Angeles neighborhood of KoreaTown.

Deane is also an avid photographer who uses both film and digital cameras to capture photographs around the world. Follow him on Instagram at @deane_madsen and @brutalistdc.