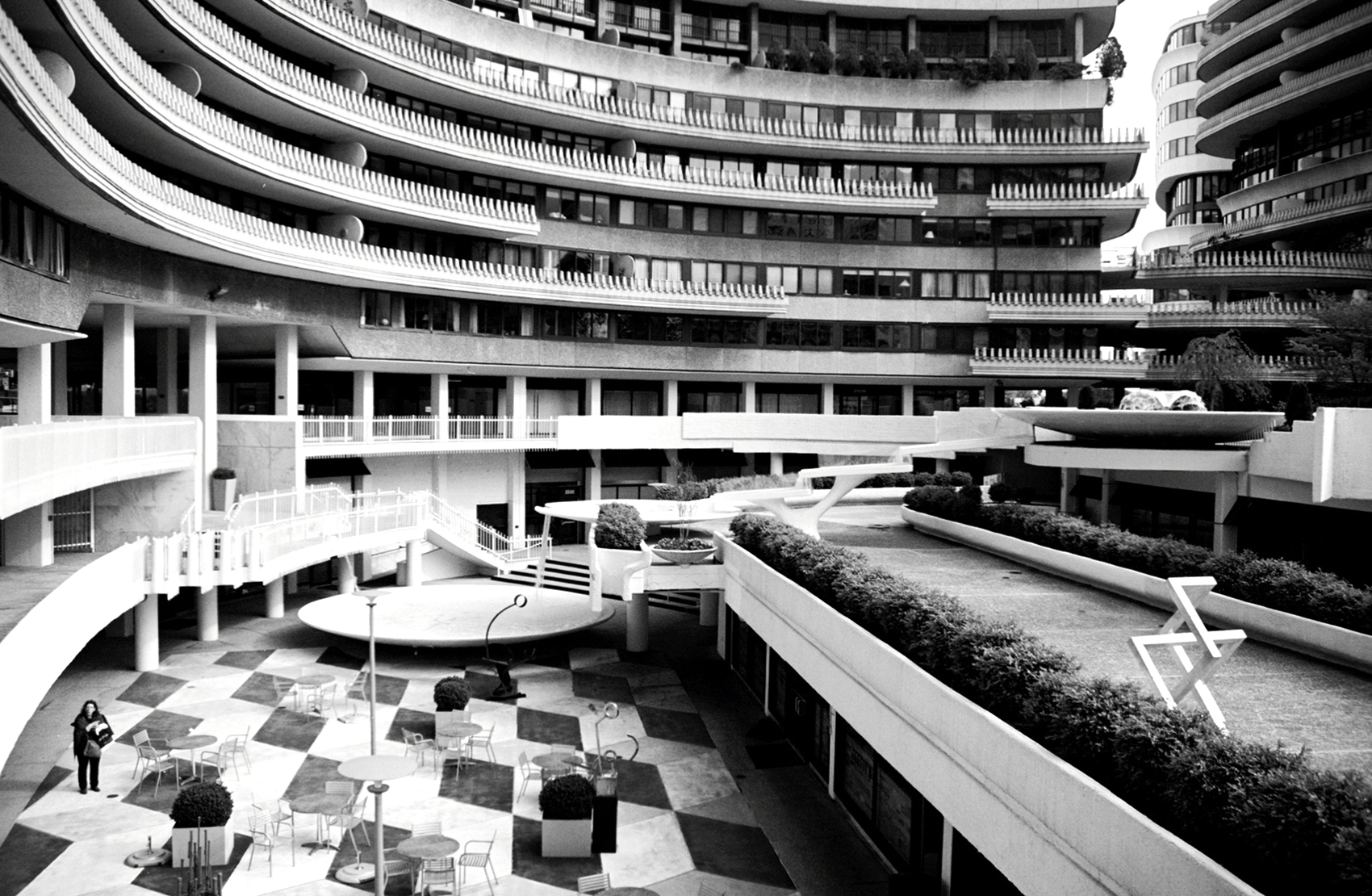 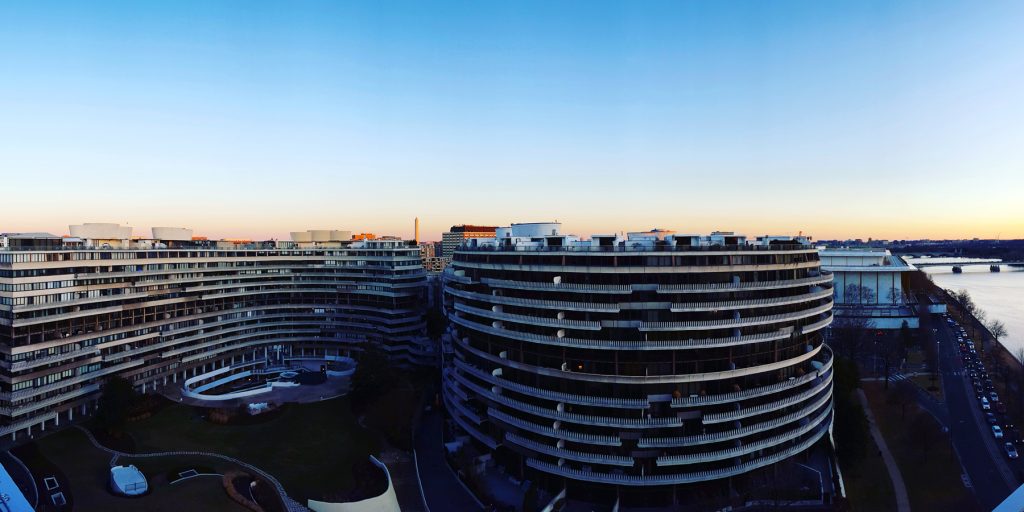 It was my great honor to photograph The Watergate in grainy detail for a photo essay to accompany a long-form piece by Rachel Kurzius for Curbed entitled “Watergate is a place, too.” For this assignment, I carried both my 35mm Nikkormat camera and my digital Nikon D5000—just to be safe—but the images on film turned out just fine, despite weather complications in the form of scattered thunderstorms and winds gusting above 40 knots off the Potomac.

After parking beneath the Watergate, where the waffle slab ceiling is glorious but dimly illuminated, I walked all around the Watergate’s grounds, looking for signs of life, interesting details, and unexpected angles. The Watergate Hotel offers supreme views into the ground-level courtyard with the Washington Monument just one of many landmarks visible in the city’s backdrop. The roof terrace of the Kennedy Center, which neighbors the Watergate complex to the south, likewise afforded decent views back toward the complex, though it was here that the weather was at its most severe. 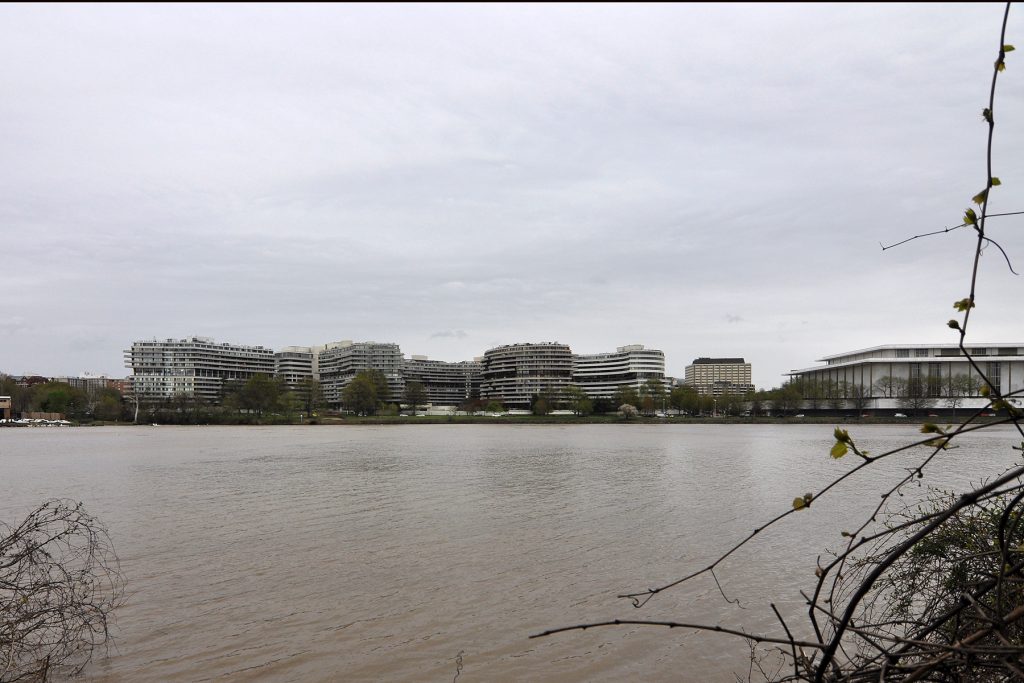 In between thunderstorms, I drove out to Roosevelt Island, and walked around its northeastern shoreline looking for a vantage point from which to shoot the Watergate over the Potomac. Low tree branches obscured most direct views, but I continued until I found a relatively unobstructed view back. 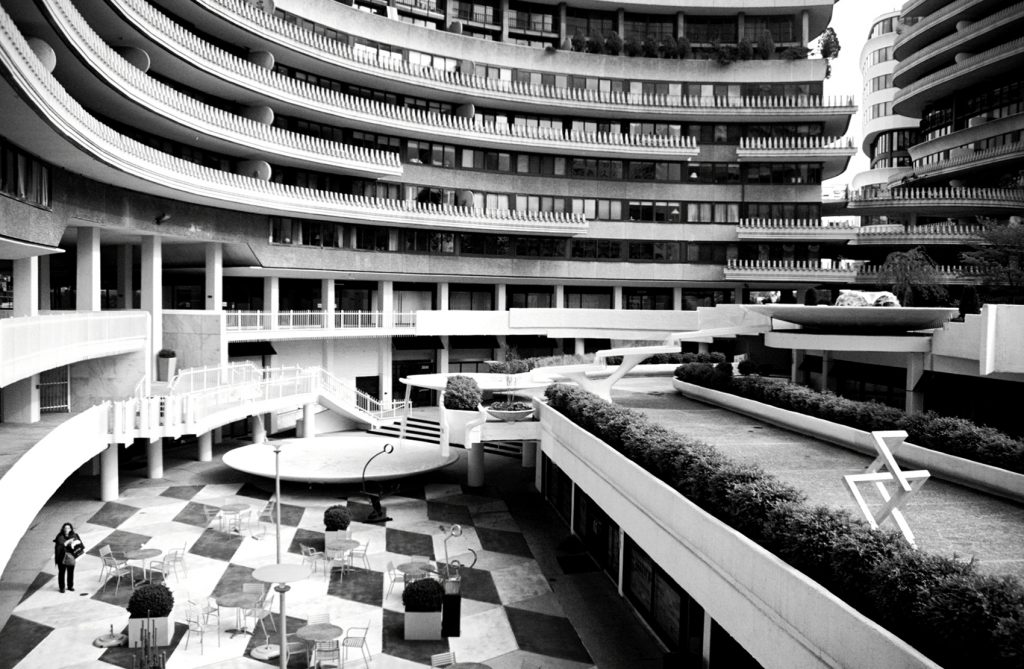 Perhaps because of the inclement weather, there were few people out and about during my shooting days (I did return the next day for a chance at clearer skies), but the effect is one of eerie tranquility. I owe a debt to many architectural photographers that have preceded me, notably Ezra Stoller and Simon Phipps, both of whom have made photographs that emphasize form, materiality, and play of light. 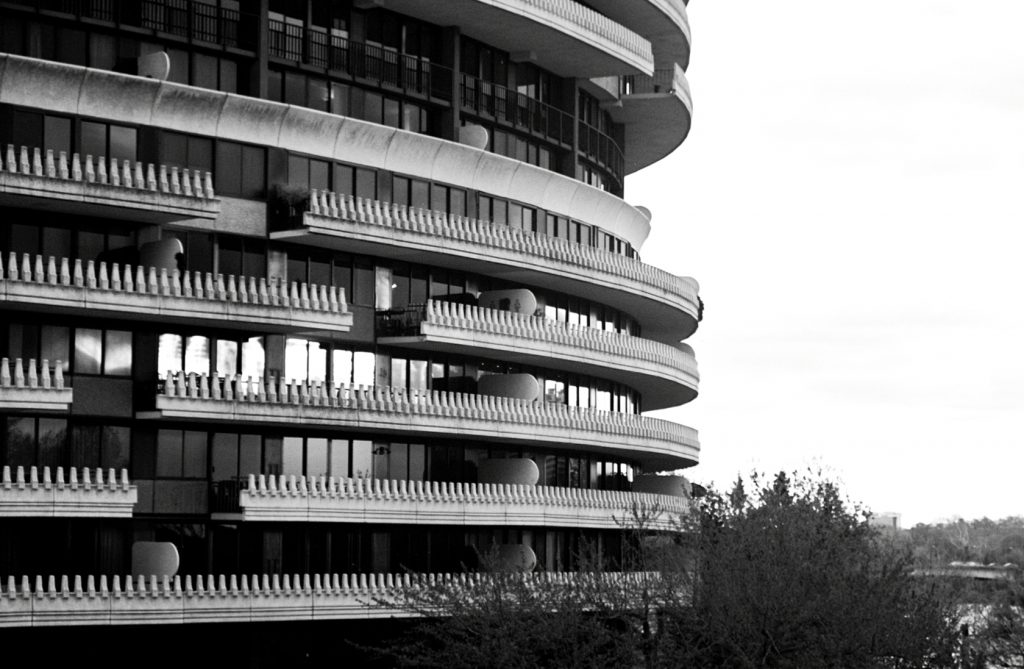