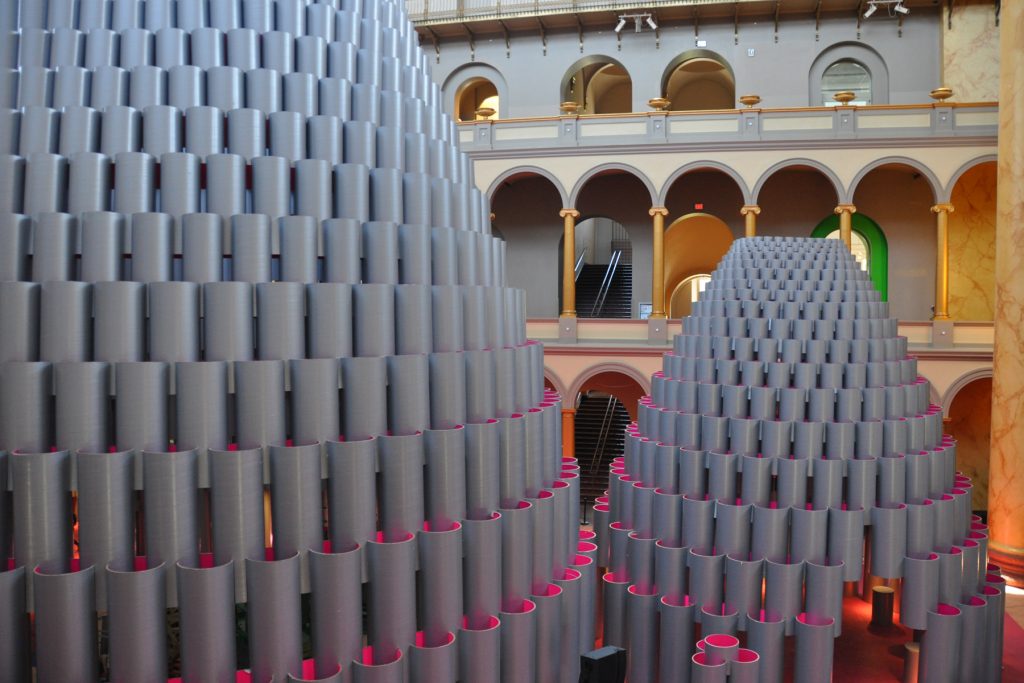 Gang and her team drew much of the inspiration for Hive out of ideas relating to the occasionally problematic acoustics of the Great Hall: “The thing that we noticed when we first came into the Great Hall back in 2004 [for Gang’s installation, Marble Curtain], was that it feels like you’re outside in the middle of a big field, an expansive space, because there’s nothing for the sound to reflect off of,” Gang said at a press preview Monday. “We wanted to create spaces…where the acoustic properties would be noticeably different. By utilizing this catenary shape, each chamber balances the structural forces and supports its own weight while attaining height that enables a unique acoustic signature. The whole structure acts like a clearing in a forest, rather than a field.”

Though still under construction during the press preview, Hive’s chambers will reach a final height of 56.5 feet when completed, which will make it the tallest structure ever built inside the museum. The paper tubes that comprise the structures range in height from five inches to 10 feet, with diameters of six inches to two feet, for an overall catalog of 2,551 paper tubes in nine different tube sizes.  The tubes, which are often used as formwork for cylindrical concrete columns, are oriented vertically, and notched to form interlocking rings that taper before culminating in circular openings, framing views up to the museum’s ceiling.

Read the full story at Architectural Record. Scroll down for additional images.

The smallest of the three Hive chambers features a tubulum made of miscellaneous pipes as its centerpiece. 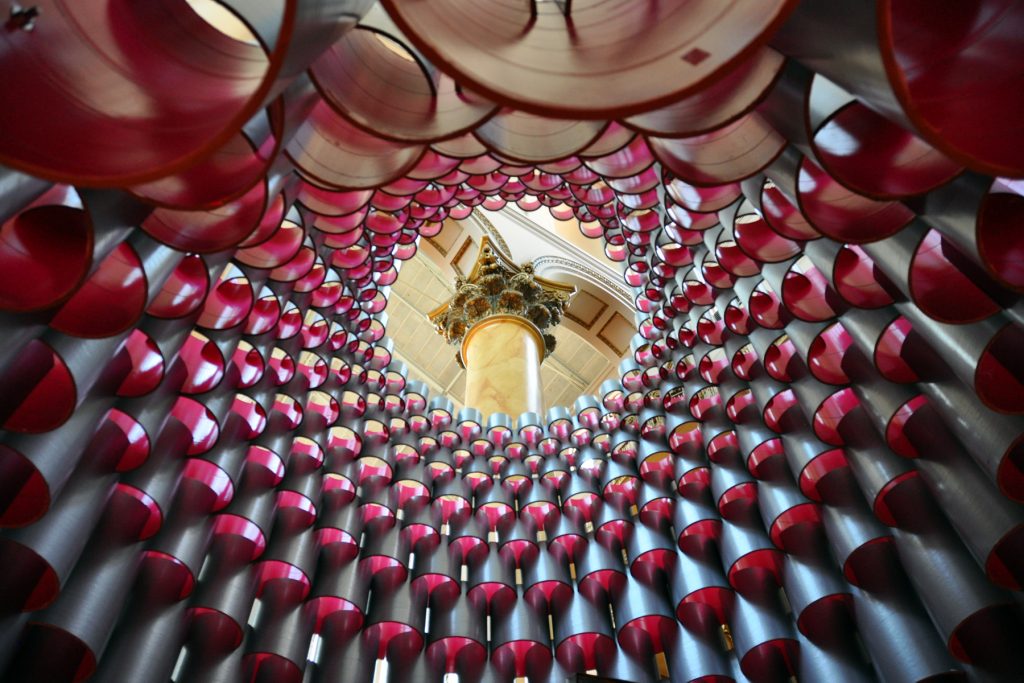 An oculus at the top of each chamber focuses views toward neoclassical features of the National Building Museum. 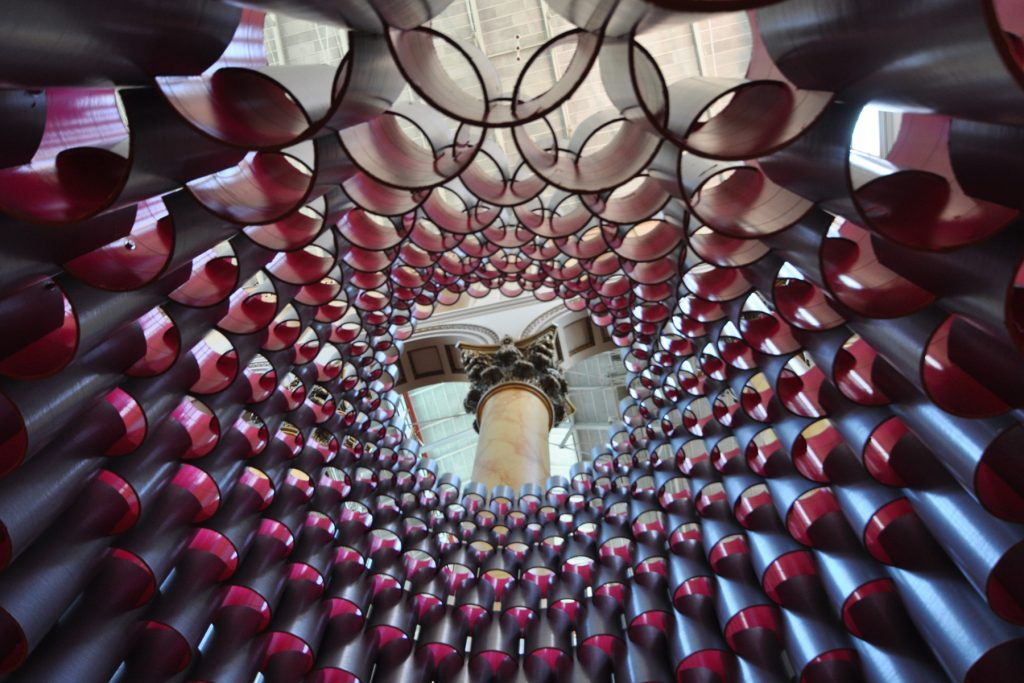