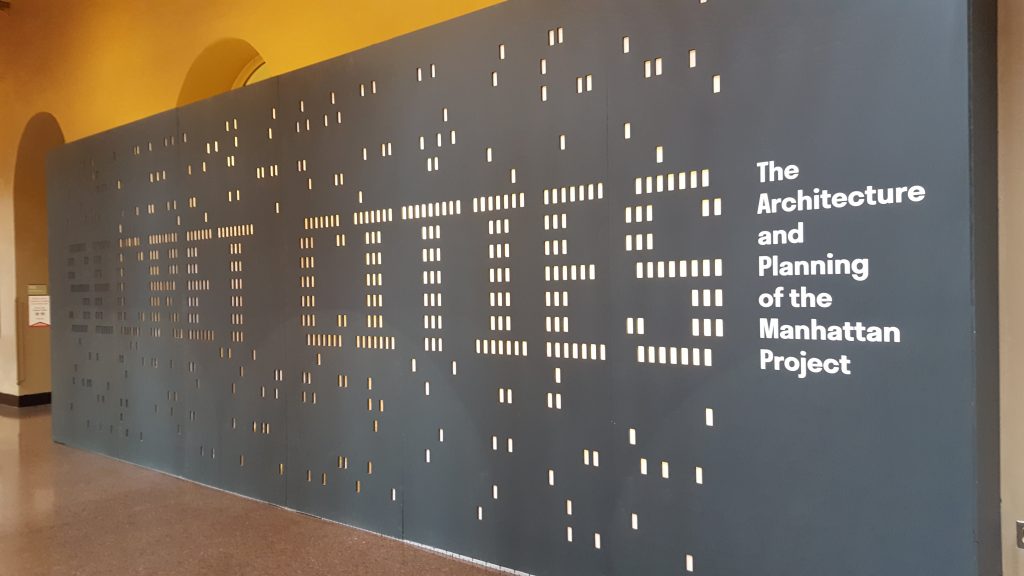 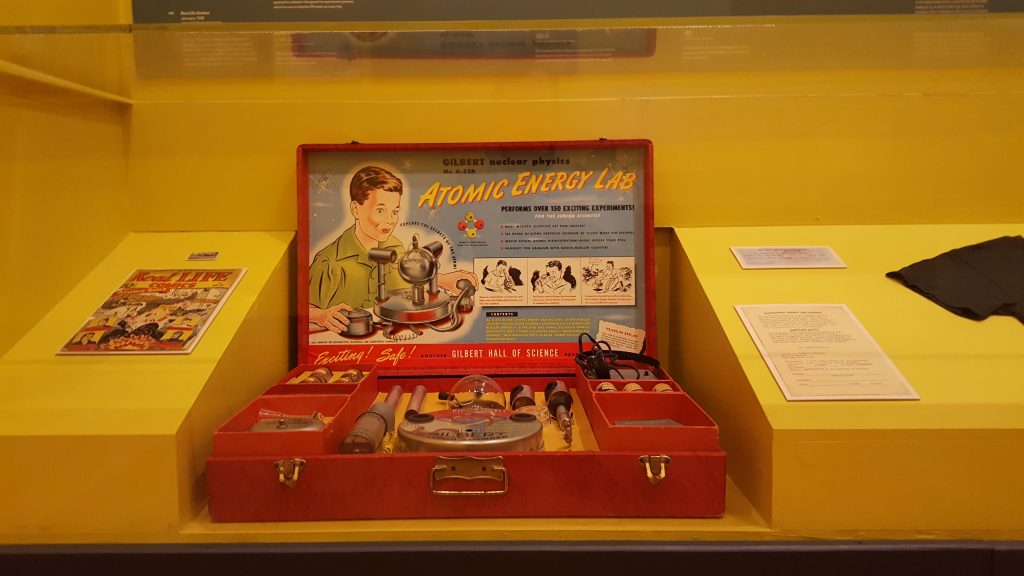 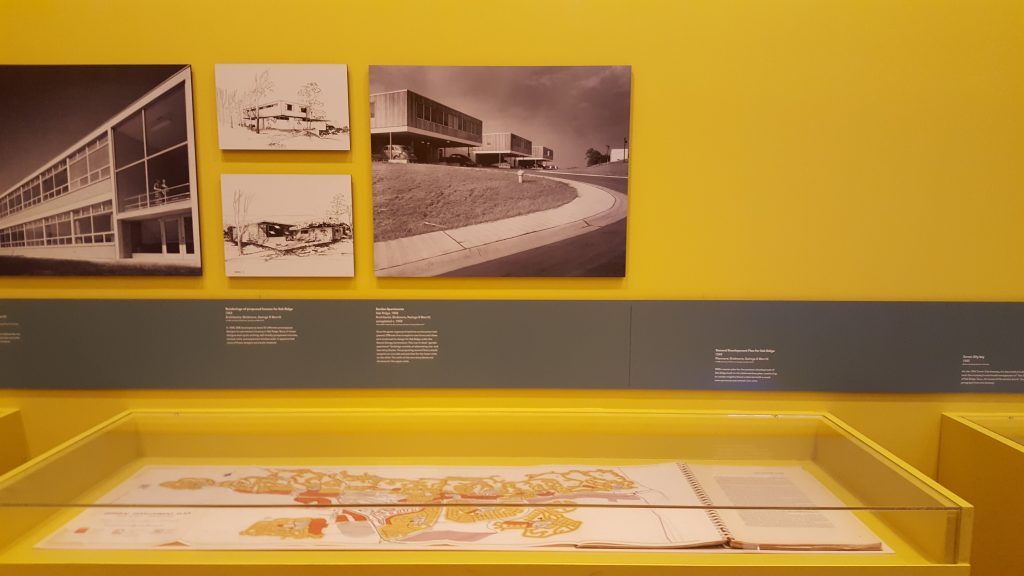 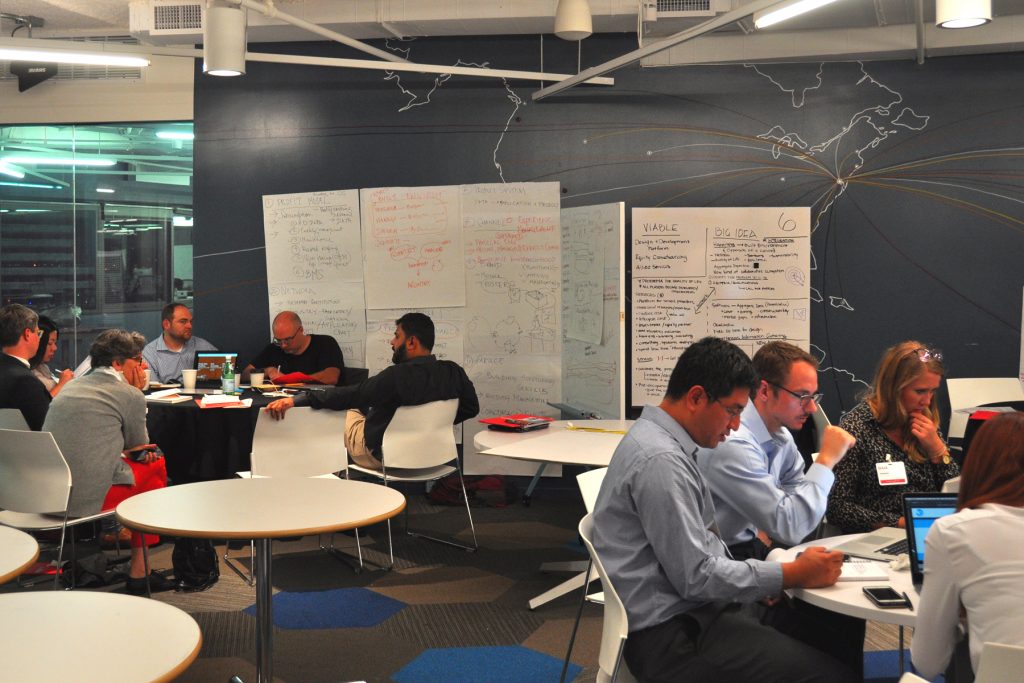 With so much of the world in flux, through changes to climate, technologies, and construction techniques, how will architects adapt ways of practicing to advance the profession? That was the question put to a group of 60 professionals—architects, designers, and practitioners from related fields—at the Practice Innovation Lab, held in mid-October and hosted by the AIA’s Young Architects Forum.

Over the course of the program, attendees heard experiences and examples from innovators before forming smaller teams and brainstorming ideas to evolve architectural practice. Interspersed between these discussions, addresses on the topic of innovation demonstrated means of breaking new ground in fields such as interaction design and public interest design. The smaller teams later reconvened to pitch their proposals to each other before voting on the best practice models.

The Practice Innovation Lab crammed an intense level of consensus-building into a short timeframe, and was designed to get architects out from behind their desks to strategize rather than theorize. Organizers Evelyn Lee, AIA, and Milan Jordan, Assoc. AIA, and moderator Laura Weiss, Assoc. AIA, kicked off the event with a challenge to elevate and propel the profession through the development of new practice models that “make inspiration actionable,” according to Weiss. “[We’re] laying the framework to elevate the profession and move it forward,” she said. Lee called upon emerging professionals to be the vanguard of practice by “pushing boundaries to see values that we bring as architects to the broader community.”

Read the story at AIA.org. A full report from the summit will be available in late 2017.

The Boston Public Library is the oldest urban library in the United States, and it features the work of three renowned architectural practices in its Central Library on Copley Square. The original Renaissance Revival building, designed by Charles McKim of the preeminent firm McKim, Mead & White, was completed in 1895. McKim intended the library as a “palace for the people” and included moments of delight and surprise, such as Guastavino tile vaulting and an inner courtyard wrapped on three sides by an arcade replicating that of the Palazzo della Cancelleria in Rome.

Three-quarters of a century later, in 1972, Philip Johnson and John Burgee, along with collaborators from Architects Design Group, celebrated the opening of an addition that matched the McKim building’s roofline and material—Milford granite—but swapped out palazzo architecture for Modernism, in which Johnson was fluent. The Johnson Building, as it is now known, comprises 170,000 square feet divided into 10 floors, four of which are suspended from 16-foot-deep trusses at the seventh level; three of its levels connect to the McKim Building. Less than a year after it opened, architecture critic Ada Louise Huxtable’s New York Times review of the Johnson Building was full of praise:

“It poses, and solves, a number of functional, structural, environmental and esthetic problems with mastery, and represents the kind of utility of program and solution that is what the best architecture has always been about.”

While both buildings have been granted landmark status, the latter had not seen any significant improvements since its opening. And in the intervening years, changes both in the surrounding neighborhood and in the way people use libraries rendered original design elements—such as vertical granite barriers at the sidewalk edge—obsolete. Local firm William Rawn Associates was tasked with updating the 1972 building with a $16 million, two-phase renovation that was finished last year and received a 2017 AIA/ALA Library Building Award. Those street-level barriers have been removed, and ground-floor mirrored glass has been replaced with clear glazing and new entrances that reinforce the library’s connection to the street life around it.