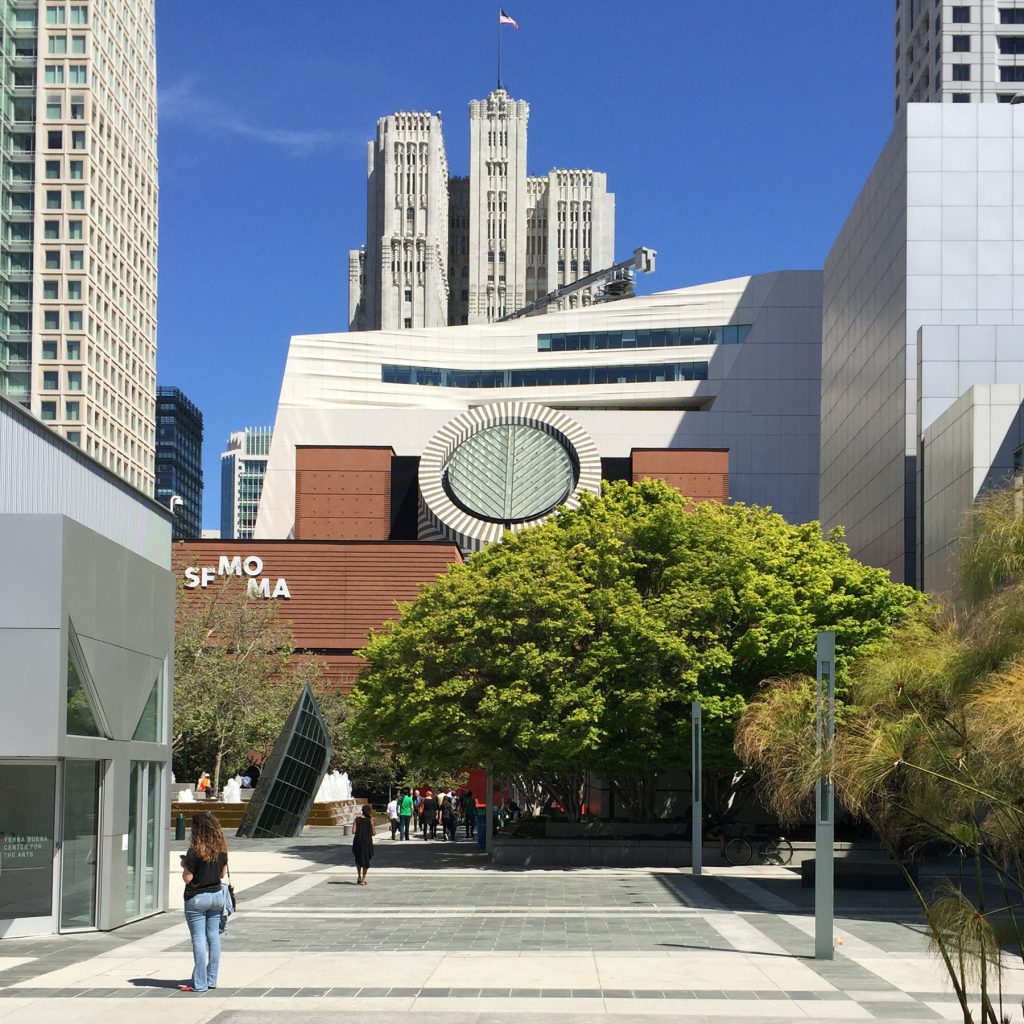 SFMOMA’s 2016 renovation doubled its gallery spaces with a new addition by Snøhetta. As part of the overhaul, the museum retrofitted its original post-modern Mario Botta building in the process, including a street-level restaurant designed by Aidlin Darling Design.

In Situ is Chef Corey Lee’s third restaurant in San Francisco; his first, Benu, boasts three Michelin stars. Perhaps the easiest way to describe the offerings of In Situ is as a curated dining experience. Just as the museum above it collects the best artwork it can acquire to display for its patrons, the restaurant and its chef have compiled a menu of signature creations from world renowned chefs— faithfully executed by Lee and his team—for diners to enjoy. In Situ marks continued collaboration with Aidlin Darling Design, who conceived this space and Lee’s second restaurant, Monsieur Benjamin; and a l m project, who developed brand identity and graphics for all three of Lee’s restaurants.

Within the dining area, a sculptural ceiling of parallel, variable-depth, suspended wooden slats provides spatial intimacy and acoustic dampening while concealing ventilation ductwork. Between these slats, pendant lights drop down to provide general illumination. Custom, hewn-wood communal tables feature smooth tops and rough-looking undersides that introduce an organic quality in opposition to the clean lines of leather, steel, and concrete elsewhere in the restaurant. On the street side, full-height glazing allows interaction between guests and passersby, extending the activity of the city into the dining room. One side’s wall is devoted to a mural by Spanish artist Rosana Castrillo Diaz that was commissioned for the space, and apertures in the wall opposite frame views of the museum atrium.

The careful curating of food, furniture, and artwork within the restaurant reflects the sensibility of the museum that houses it as well as the diversity of the city in which it resides. Varying degrees of polish and perfection in the customized furnishings create a backdrop that echoes the complexity of the cooking without overshadowing it. The architectural team has created a contemplative space for fine dining that lets patrons digest not only the palette-expanding creations on the plates before them but also the fine art on the walls around them. As your architect is likely to note, where you eat can be just as important as what you’re eating.