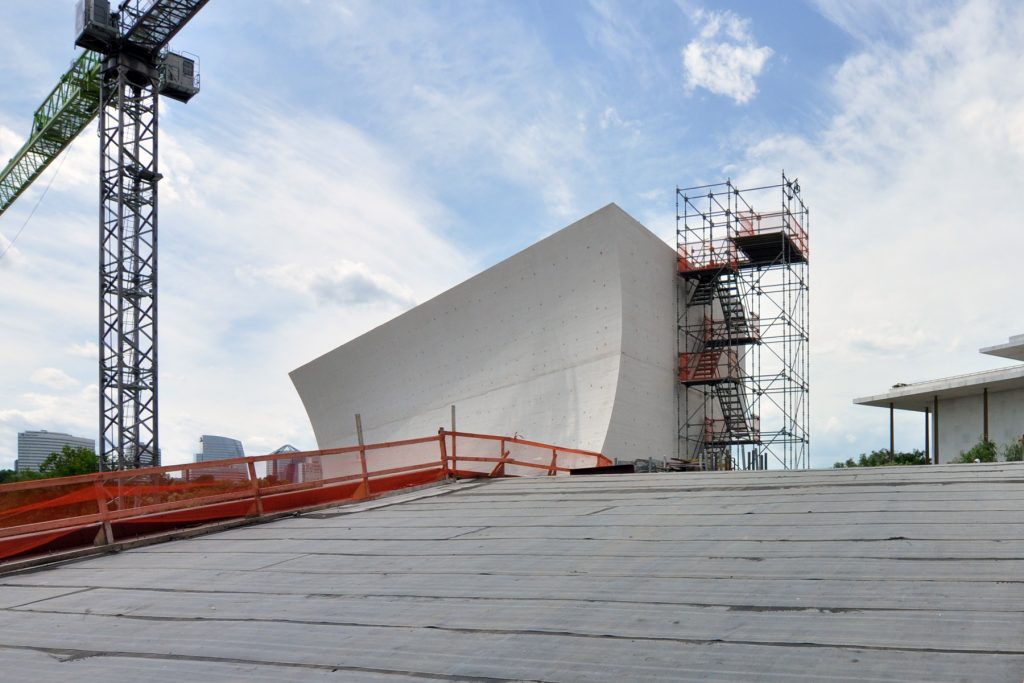 The roof of the REACH will be planted as part of an additional 130,000 square feet of green space in the Kennedy Center expansion.

Local news site DCist relaunched today after a little more than six months of hiatus. I’m pleased to have contributed a piece on the Kennedy Center’s expansion—an ambitious, 72,000-square-foot addition to the performing arts campus designed by Steven Holl Architects—to the latest incarnation of DCist.

An excerpt from the piece is below, but be sure to click through for the full story as well as the rest of the glorious comeback coverage featured on DCist:

“Ginkgoes are an amazing tree,” architect Steven Holl explained at a recent construction tour of the center. “In the fall, they get these golden colors that hang on the trees through the month of November. I have three ginkgo trees that I’ve planted, and I’ve witnessed this, where, in November, suddenly all the leaves decide to fall. I’m hoping that it could happen here on the 22nd of November, which is that fateful day of Kennedy’s removal from the face of the earth. Anyway, that is going to be a beautiful grove. When the leaves drop, it’s like a golden carpet below the trees.”

At last week’s tour, Holl, the founder of Steven Holl Architects, bordered on the lyrical in describing his firm’s work as curving tips of an iceberg connected beneath the surface and likening movement between aboveground and underground spaces to a violinist’s glissando, the slide between two notes.

“Most of the curves are about the connectivity of the underground to these three river pavilions above. That same curve goes all the way down,” Holl said. The expansion will open on September 7, 2019.

Read the full story at DCist. Thankfully, DCist’s active comment community seems to continue to thrive. It should be noted that the ginkgo trees mentioned above, which will be planted at the expansion, are all male trees, i.e., the non-stinky-fruit-bearing kind. 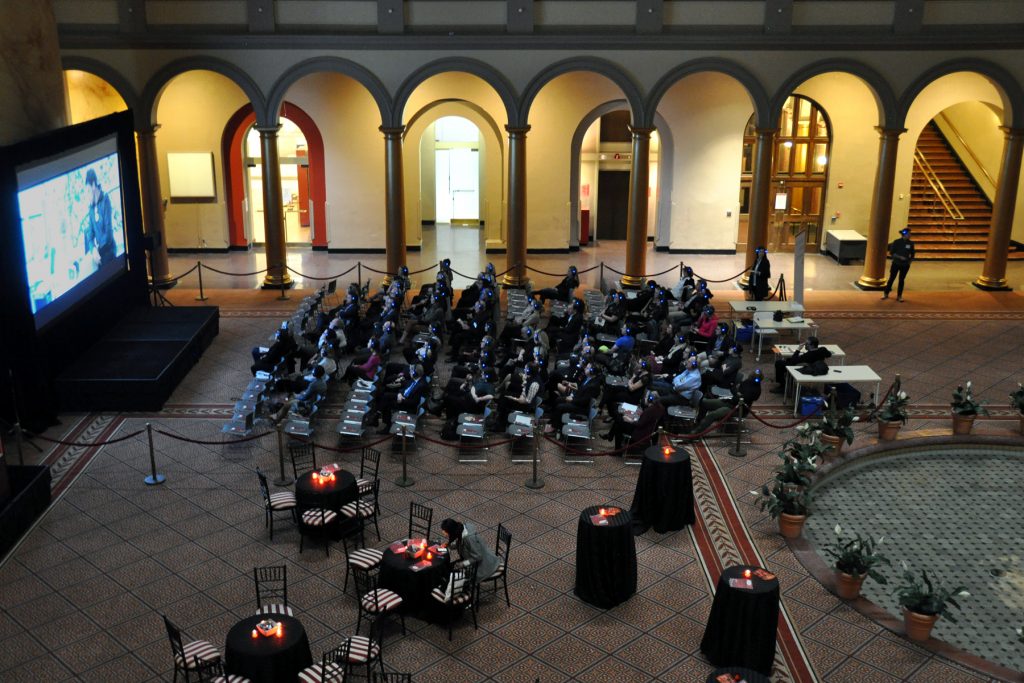 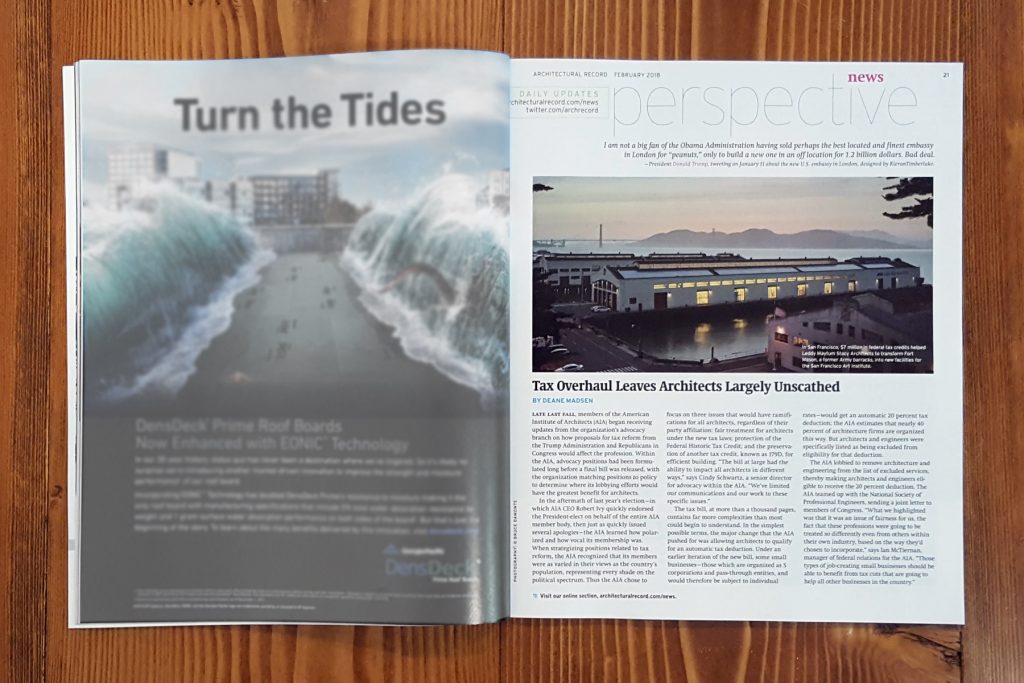 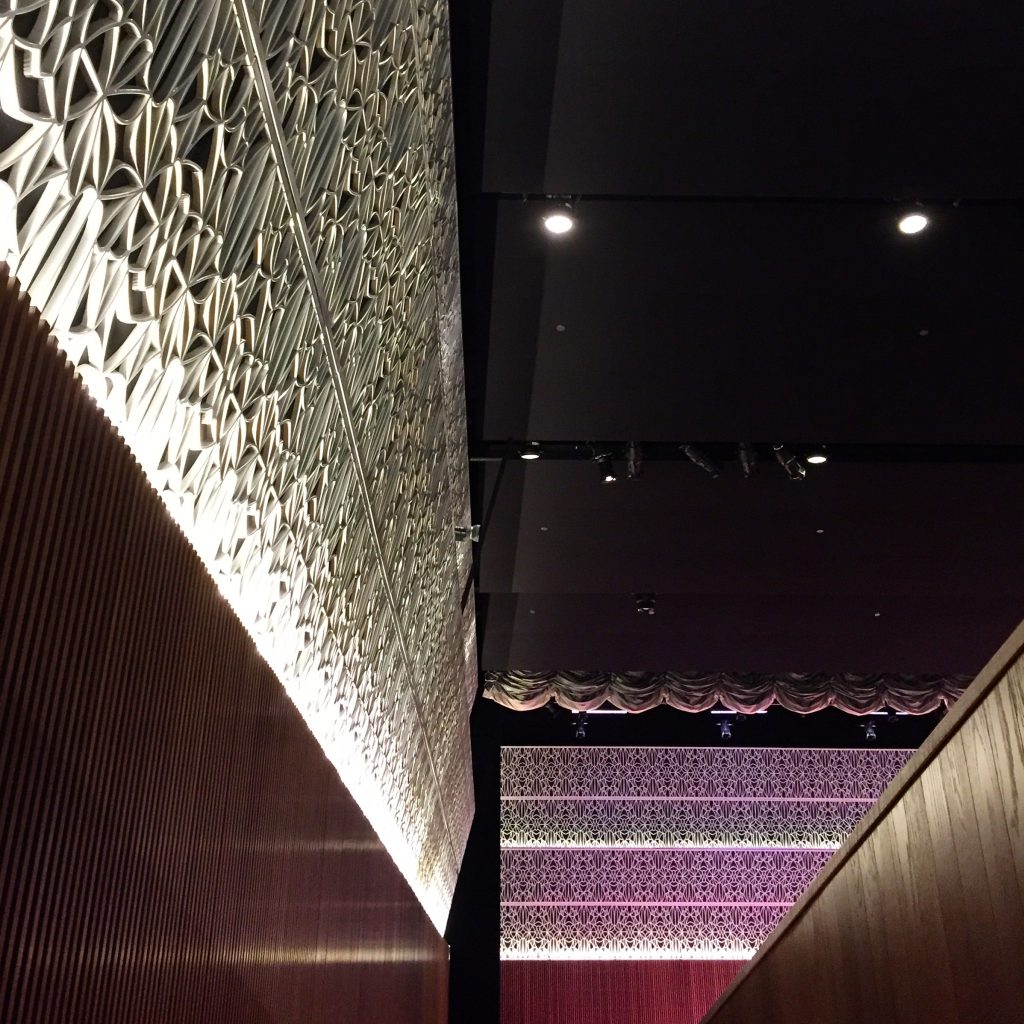 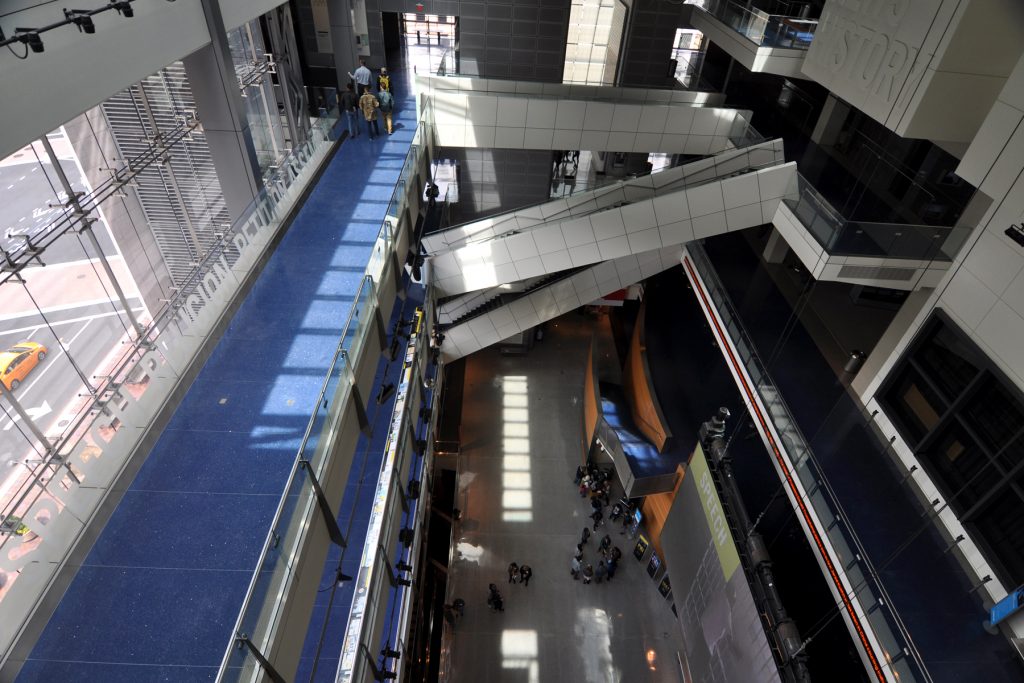